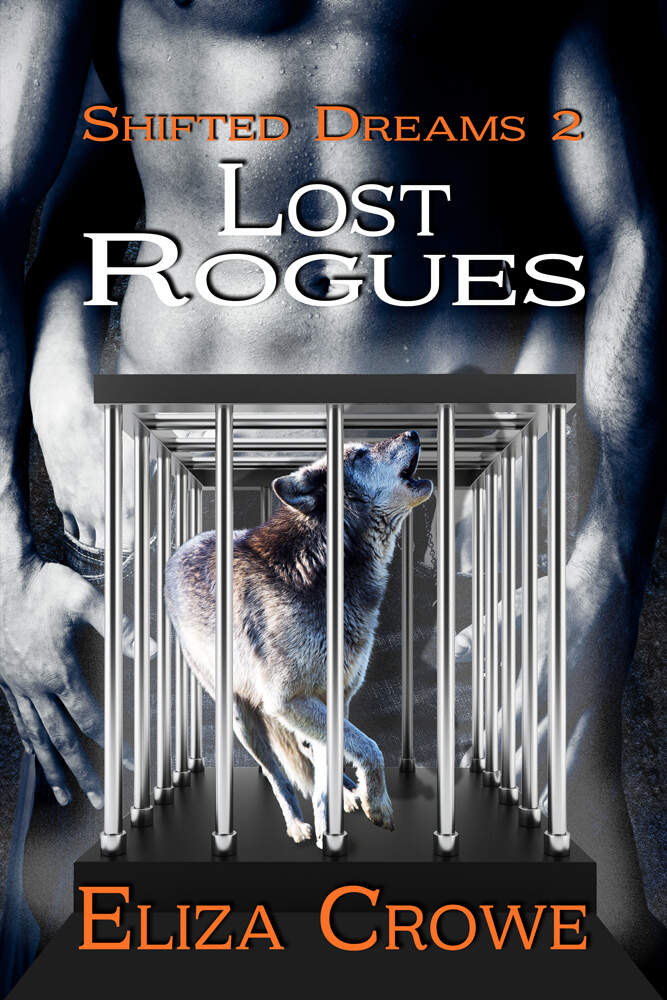 Life as a werewolf isn’t easy. The pack hierarchy is positively medieval. But parts of Shayna’s new life aren’t so bad.

Like hunting with Chris—the handsome lone wolf who saved her from death and put her back on her feet. Chris makes all the effort of learning to hunt and shift (not to mention the humiliation from her new pack) worth it.

Until Chris gets a lead on his missing son.

Josh has been gone for five years. Gone without a trace. Now, one blurry surveillance photo sparks a new determination in Chris. And Shayna will have to decide if she can leave him to face his worst fears alone while she stays with the stifling Pack Connelly.

Or should she risk her life and her growing passion to follow him?

In Pick Your Monster Shayna’s life changed forever. Now she must come to terms with being a werwolf.

A summer breeze wafted the scent of rabbit across her sensitive nose. Shayna lay on her belly in the long grass. Not an ear twitched. The rabbit sat back on its haunches, nose quivering. It knew the open space was unsafe but couldn’t resist the patch of clover.

That’s it, little bunny. Get comfortable. Have a snack. Shayna waited. She always pounced too soon and missed her prey. This time she vowed to catch it, if only to wipe the mocking grin off Chris’s muzzle.

As a human, she never hunted. She didn’t even eat red meat back then, but the wolf was deep inside her now, part of her genetic makeup. And the wolf reveled in the hunt. The chase exhilarated her, with the wind in her fur and sturdy paws eating up the ground beneath her. Stalking was an art form she’d only begun to master and her teeth ached for the hot blood of that final kill.

Today would be the day. She felt it. Today, she would catch her first rabbit.

Chris hid in the trees behind her. He’d caught his prey and waited patiently for her to make a move. This wasn’t about fun. Like the self-defense lessons they’d practiced for the past month, this was about survival. They made plans. She learned to defend, feed and take care of herself. Next week, they would visit Connelly Lodge, a three-day journey as the wolf ran. They would hunt along the way or starve. She didn’t plan on staying at the lodge, but her wolf nose would remember the way should she ever need it as a haven in the future.

Just a little closer. The rabbit nibbled the sweet clover, but its vigilance never wavered. Shayna’s tail twitched in anticipation and the rabbit froze.

Damn! Sometimes her tail had a mind of its own. Chris was probably laughing, but she didn’t risk turning to glare at him.

The rabbit hopped slightly. Muscles in her legs bunched with unspent force. The rabbit turned toward the trees, rigid with dread.

She pounced. One bounding step and her paw crashed down on its neck, a clean painless kill just as Chris taught her. She jumped up, the carcass dangling from her jaws. Her heart pounded with crazy victory. A shadow broke away from the deeper foliage. Chris in wolf form stepped into the fading sunlight. Black fur gleamed with bits of gray and brown around his ears and muzzle. His coloring differed from his human tones, but Shayna would recognize those intense blue eyes anywhere.

He leaned on one front leg in a wolf bow. Shayna grinned as big as the moon. Her first rabbit!

She could do this! She could be a wolf and a woman.

Chris began to shift. His effortless change lasted only a moment, and a glorious naked man stood before her.

As usual, his shift ignited hers. She still couldn’t control that, but the changes were smoother now. The pain shrunk to one fierce second of panic as her tendons crackled and popped. Her skin crawled when fur seeped from her pores and dissipated like summer fog. She dropped the rabbit. Her jaw pulled in, and the bones of her face shifted. Chris scooped her into his arms as the vestiges of change left her shaking. It was getting easier, but would her shift ever be as effortless as his?

“Congratulations.” He smiled. The setting sun lit his blond curls on fire.

“Thanks.” The triumph in her heart hadn’t been dimmed by her struggle to change. The hunt left her charged, and Chris’s carnivorous gaze fueled her rising lust. Sweat glossed his chest. A guttural sound rumbled from his chest. His mouth captured her lips in a predatory crush, his tongue pricking hers, tasting like the heat of the hunt. She pushed him down to the patch of clover and straddled him.