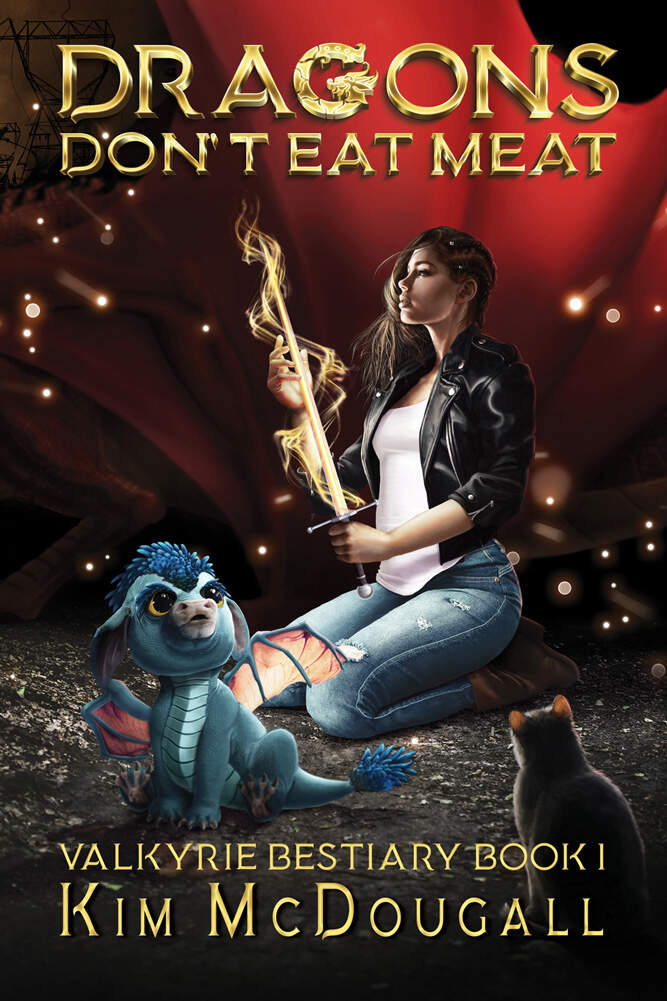 Critter wrangler rule #2: When scary things run away, something scarier is coming.

Kyra Greene is used to the scary things that run in the shadows.

As a pest controller with a soft heart, she has an apartment full of rescues. And in a city overrun with fae creatures, those rescues range from a basilisk to a banshee and even a pygmy kraken.

When she finds an abandoned baby dragon, she doesn’t want to bring him home. But until she can hunt down the brute who is trying to kill all the dragons and start a civil war among the fae, she’s on babysitting duty.

I wasn’t a killer. I didn’t even kill rats if I could help it. I was a humane pest controller, not a Valkyrie executioner.

But I couldn’t let this dragon poacher live either. His wound would only fester. No medication, magic or otherwise would heal it. His body would rot from the inside out. No one, not even this scumbag deserved to die like that.

I raised my sword for the killing blow.

And the clumsy little blue dragon bumped into me again.

“Quit it!” I said turning my attention away from the unconscious man.

The dragon sat back on his haunches and watched me curiously. His stubby wings flared open and closed like bellows breathing air into his lungs. He stood no taller than my hip, with dark blue scales on his limbs grading to lighter blue on his pear-shaped belly. He had the big, copper eyes of an anime character and a blunt snout, speckled with silver freckles. A soft fluff of blue feathers crested his head.

He was ridiculously cute.

“This is your fault.” I pointed my sword at the unconscious poacher.