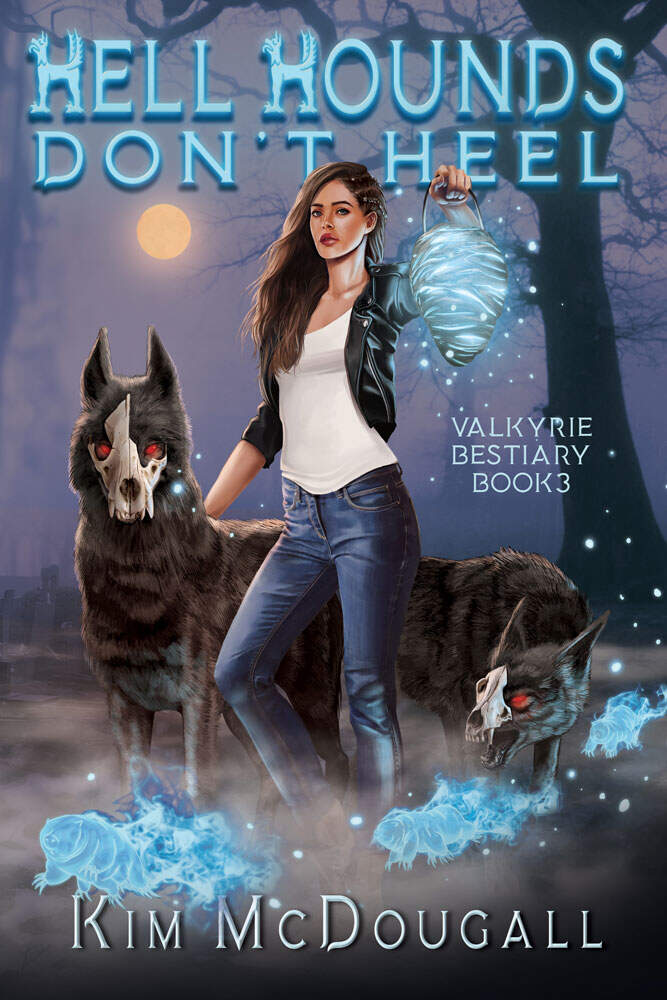 Critter wrangler rule #7: Some monsters just have to die.

Someone is plotting to put all gargoyles in jail…or six feet in the ground. For decades gargoyles have patrolled the night in Montreal Ward. They are dubbed Guardians by the humans and fae who live on the fringes of society, those who survive in neighborhoods the police don't care about.

But when a Guardian is accused of murder, their reputation blackens. Mason promised to return from France with the one weapon capable of killing the formidable witch who was reborn from the bloodstone, but no one has heard from him in months. Now Polina gathers forces.

Without Mason or the Guardians, Kyra has no backup as she tries to solve a murder and face off against new and terrifying monsters…all while caring for her growing menagerie of extraordinary critters.

“Look.” Mason held out his phone with the train specs displayed. “Oscar says you need to focus your attack here.” He pointed to the second car from the end of the train. “The golems are inside.”

“I get it. Even if I only disable one car, I’ll block the other golems.” It was barely a plan.

Mason nodded, though he was frowning. “There’s just one problem.”

“Just one? Oh, that’s all right then.” I threw my hands in the air, and an edge of hysteria crept into my tone. Now that we were here, the reality of my situation sank in. In a few minutes, I would be alone in the Inbetween with nothing but my wits to stop a train full of killer golems. To stop a war.

Mason grabbed my hands and pulled me toward him. “Kyra! You can do this. Look at me!” He cupped my face in his hands and dragged my gaze to meet his. “You fought a rock troll and won. You escaped Underhill on the back of a dragon, remember that? You fought an army of vampires. You. Can. Do. This.”

I bit my lip, holding back tears and nodded.

“Good. Now listen. I have only moments. The golem cars are armored. Even the flash bombs will do little damage to them. You have to drop the bomb inside. As soon as the ward goes down. You’ll have less than five minutes. Here is where you drop it.”

He pointed to an emergency hatch on top of the train car.

“I don’t know how, but you must get that open and drop the bomb inside.”

“I’ll manage.” I pushed the phone aside and sank into his arms. He kissed my forehead.

“I know.” We had no other words. Instead, I listened to the slow beat of his heart, letting his magic wrap around me, until he gently pushed me away and stood back.

“I love you,” he said, and in the next moment the sun rose, and he turned to stone.