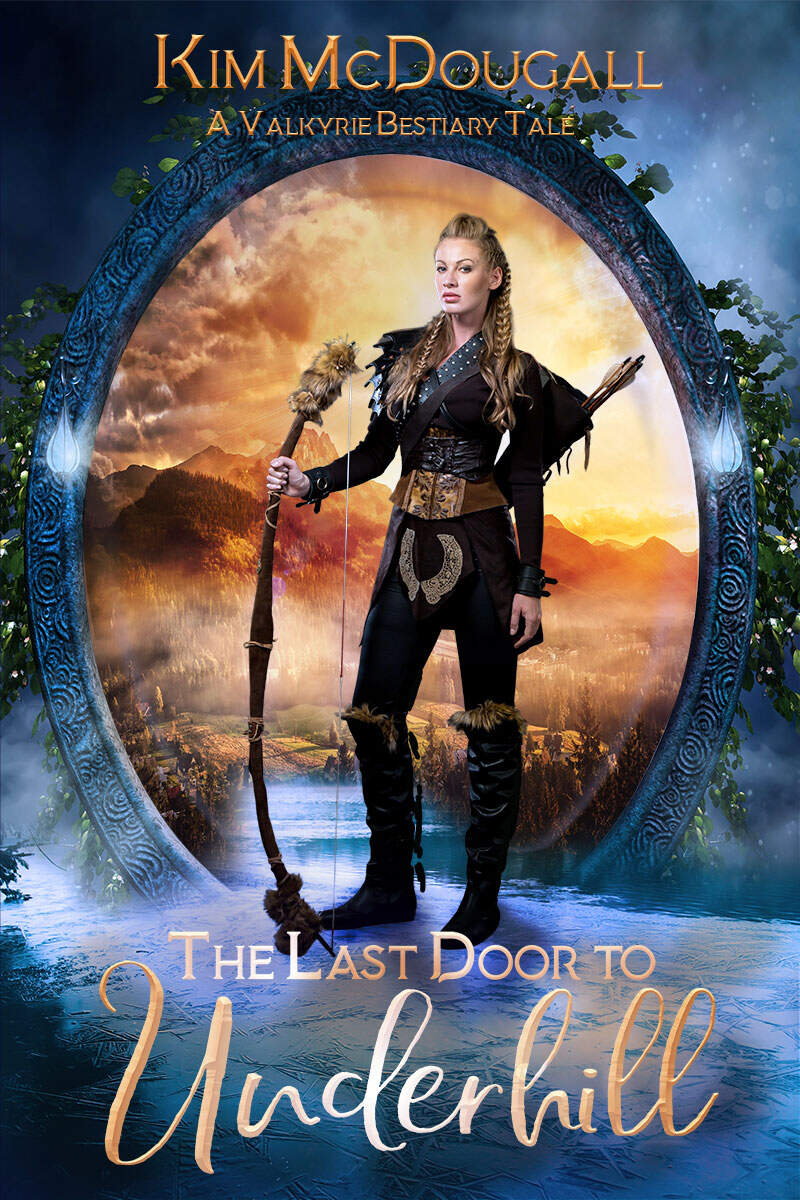 Available in paperback as part of the anthology "Before Times"

Goodreads reviews for The Last Door to Underhill

The Last Door to Underhill

In the last hours of the Flood Wars, a fae princess makes the ultimate sacrifice to save the human world.

Leighna, a refugee of the human war, returns to Underhill with a true demon on her heels. With only her old arcane arts tutor and a strange dryad as company, she must close every door between Terra and Underhill. But can she find the strength to abandon her homeland and become a permanent exile?

The Last Door to Underhill is a Valkyrie Bestiary tale set in the chaotic days after the Flood Wars, when magic is the only rule of law. It takes place about 50 years before the events in Dragons Don’t Eat Meat.

I stood between worlds—one foot planted firmly in Underhill, the other reluctant to leave Arizona. Behind me, the burning suburbs of Tucson lit the night like constellations. Smoke blurred out the real stars. But it was the silence that was terrifying. The bombs had stopped falling, and the sirens had run out of fuel. The few ragged humans and fae who’d survived the journey from Phoenix filed through the portal to collapse on wildflower-pocked hills, too exhausted to marvel at the splendor of the fae world. On their arrival, a swarm of bumble sprites erupted from the flowers, tsking and vibrating in annoyance. Elves, imps and goblins wearing the king’s deep burgundy rushed to bring water and medical supplies to the refugees.

When did I last taste water? I couldn’t remember. Hours. Days. But I wouldn’t stand down until the last of our group crossed through the gate. I gazed into the desert, willing more refugees to sneak from the shadows of the great saguaros. The short nights of early summer had worked in our favor. The demon couldn’t hunt under the Terran sun. Sunrise was the only reason we’d escaped that morning. But the long day was done now. He’d be coming for us.

I shivered, more from exhaustion than the brisk wind blowing off the desert.

“Soldier!” a voice barked from behind me. “Move away from the gate!”

My helmet—stolen from a dead fae somewhere outside Chandler—was too big, and it fell over my eyes. I tipped back the brim, and light from the bright but sunless Underhill sky struck my face.

The sergeant dropped to his knees.

“Princess Leighna! I did not see you.” Then he stumbled over that insult. To unsee a fae was the greatest punishment, akin to banishment. “I mean…I did not recognize you.”

“It’s all right, Sergeant.” My voice rasped from a dry throat. “My own mother wouldn’t recognize me today.”